The Three Generations of Customer Success

The Three Generations of Customer Success 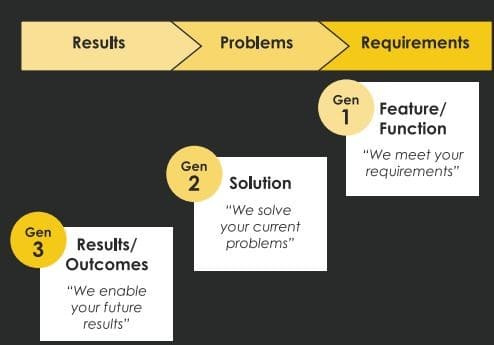 On the ‘no’ side, vendors have always needed their customers to have success. Without some form of success, there wouldn’t be references; or ongoing maintenance payments; or upgrades; or new modules; or additional users; or more services. Established vendors rely on revenue from existing customers. It’s usually their largest source of revenue. And if the customers don’t feel they’ve had success, they don’t continue to buy.

What’s changed? The way in which vendors and their customers think about success and how it’s achieved. And over the past 2-3 years, customer success has caused that thinking to take another step. But there’s a problem. Many customer success programs aren’t a step forward. They’re a half-step forward.

To give the current situation perspective, let’s trace the evolution of how vendors and customers try to achieve success.

Before investing in technology, organisations go through three logical steps (the logic chain). As a prelude to the logic chain beginning, an event causes someone in the organisation to look at results. It may be budgeting, or an external event, or a regulatory change. But the attention of management is drawn to results. This leads to the first step in the logic chain. The organisation decides the results aren’t good enough. Revenue may be too low, costs may be too high, the pipeline may be inadequate. Or they just want to grow faster. They resolve to act. Second, the organisation identifies the problems or roadblocks causing the inadequate results.
Third, they’ll come up with ideas for how to fix the problems. These ideas become a set of requirements.

That’s the logic chain. Let’s look at how vendors have responded

Generation 1 vendors concentrated on the last step in the logic chain. They showed customers how they could meet the specified requirements.

Generation 1 began in the ‘70s, a little after software packages appear. When selling, vendors focused on features and functions. They showed how their features and functions met the customer’s requirements. The sale would go to the vendor who best matched the customer’s checklist. In theory, the vendor with the most ticks would win. But new features were constantly released. Or promised. It was hard to know who had the best features. Consultants got involved, each with their own selection methodology. And for customers, it was hard to sort the must-have requirements from the nice-to- have’s.

The selection process was fraught. Problems also arose with implementations. Vendors didn’t have robust implementation methodologies. The vendor’s consultants drove the implementation. And each one could be different. With selection and implementation challenges, it’s not surprising customers didn’t always enjoy the success they’d hoped for.

As the technology industry matured, the differences between software packages reduced, as did the differences in services offerings. It became more and more difficult to differentiate.

Not surprisingly, vendors sought a new way to compete.

Generation 2 vendors emerged in the late 80’s. And are still around today. They focus one step back up the logic chain. They work to understand the customers’ problems and then develop a solution for those problems. They tell customers that with first-hand knowledge of the problems and using the experience gained at other customers, they can come up with better solutions 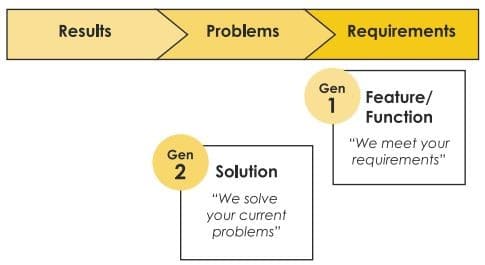 The focus on the customer’s problems brought into play other factors such as expertise and experience. The solution selling approach produced great results for vendors. Today, few vendors would voluntarily follow a Generation 1 approach. Generation 2 also saw the quality of implementation methodologies improve. Each
vendor developed their own methodology, as did many consulting firms. In theory, every implementation would follow the same process. In practice, that didn’t occur. But even a modicum of structured process improved the results achieved.

Generation 2 saw an increase in the success enjoyed by customers.

Why Change from Generation 2?

Success may occur, but it’s slow.

Generation 2 has served the technology industry well for almost thirty years. And with good reason – until now, it’s worked. But Generation 2 has challenges. The biggest is that it’s slow. There’s a long gap from deciding that current results aren’t ok to getting the desired results. Organisations go through an internal process of identifying problems and roadblocks and then defining requirements. They meet multiple vendors and conduct a lengthy selection process. They then begin a lengthy implementation process. And then it takes a while after go-live for the benefits to occur. Success may occur, but it’s slow.

A decade ago, organisations could live with that lengthy process. But in recent years, the pace of change in business has increased rapidly. Technology has been the major driver of this acceleration. But other innovations such as the share economy, gig economy and subscription economy have changed businesses 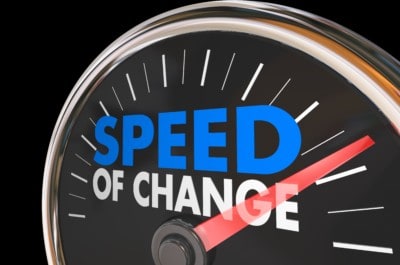 The increasing pace of change makes it difficult for customers to stay ahead. If the customers and technology vendors focus on solving today’s problems, they will constantly be in catch-up mode. By the time they diagnose the current problems, come up with solutions and then implement those solutions, a whole new set of problems will have emerged. The customers will never get ahead. The pace of change has caused success to slip a little further away from customers.

Generation 3 vendors understand the need to paint a picture of a future that isn’t only about solving today’s problems. These vendors have taken a full step forward in enabling success for their customers. 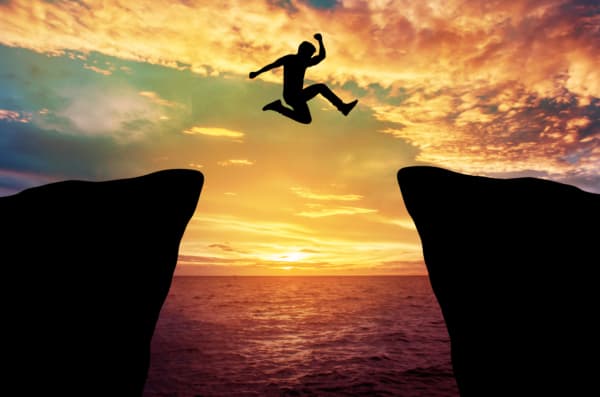 Most vendors have moved past Generation 2. They know that just getting their offering live isn’t enough. They’re aware they need to deliver outcomes. The shift to subscription revenue has amplified the need for customer success. Vendors know if customers don’t feel they’ve had success, they won’t buy more. And they may
cancel. So, vendors have turned to customer success to increase success for their customers. For lots of vendors, the concepts of Generation 3 aren’t new. They know customers don’t care about the vendor’s products and services. The customer only cares about the outcomes or results they’re aiming to achieve. Generation
3 vendors understand the need to paint a picture of a future that can be achieved. A future that isn’t only about solving today’s problems. These vendors have taken a full step forward in enabling success for their customers.

But not all vendors have taken this full step. Many still focus on the current problems. They believe if they solve current problems through their products or services, then the customer will feel successful. But customers don’t feel successful if they’re always in catch-up mode. These vendors know they need to focus on the customer’s success. And now it’s time to take the full step forward and break the shackles of Generation 2 thinking.